The 2014 padkos bioscope season kicks off on 27 March! We’re marking the twentieth anniversary of the Zapatista uprising by screening Zapatista! (55 min).

At the start of 1994 the North American Free Trade Agreement comes into effect. Minutes after midnight in Southeastern Mexico, several thousand Mayan rebels take over half the state of Chiapas & declare war against global corporate power they say rules Mexico. They call themselves the Zapatista National Liberation Army. “We did not take up arms to gain a political post … We rose up in arms because we would not die forgotten”. 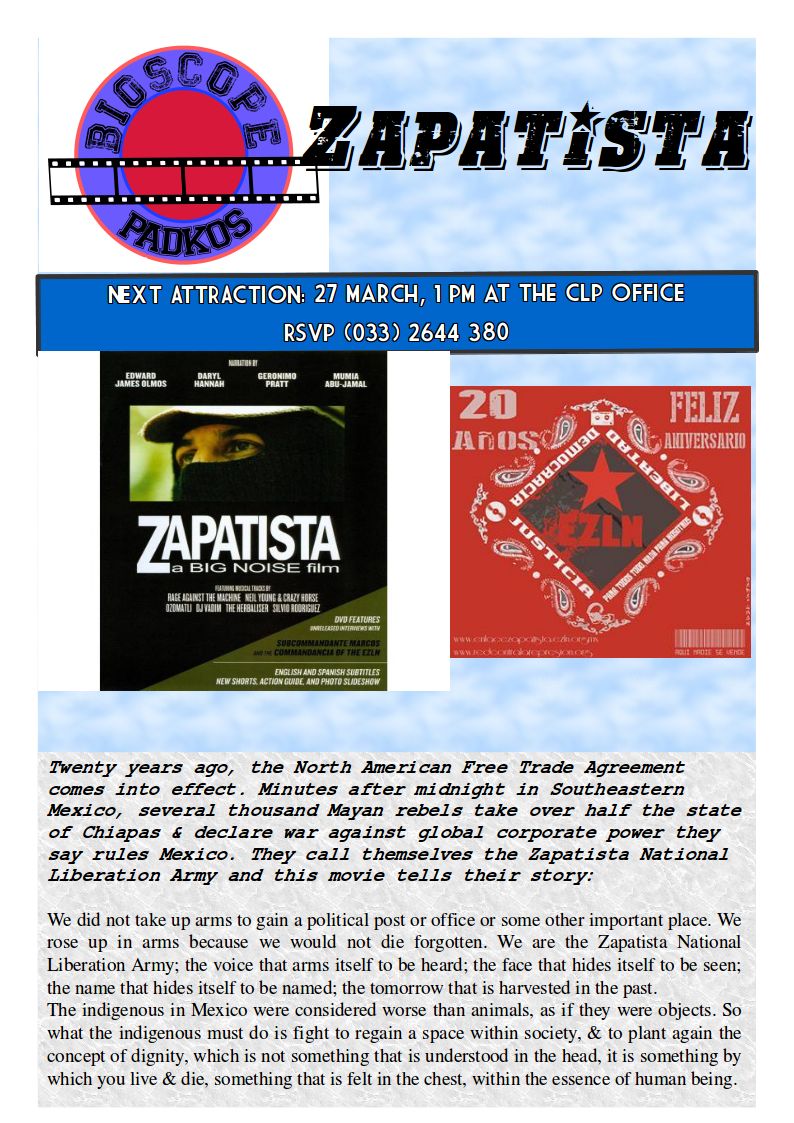