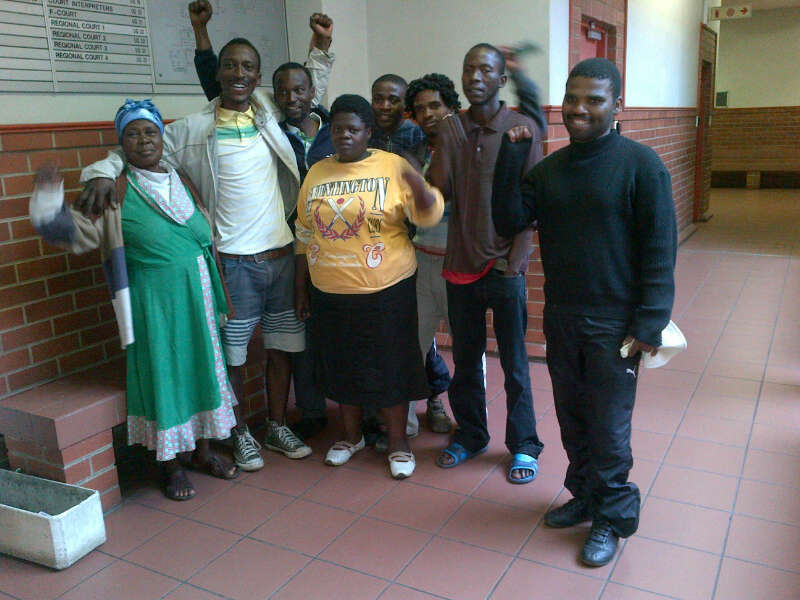 The KwaNdengezi 8 were arrested for public violence. This is part of the councilors harassment to fine them and deny their right to housing. It’s also part of silencing the community. There was a protest about the councilor and the fair allocation of houses. It is alleged that the councilor sent the police and 8 were arrested. The case was adjourned to 7 June. They were out on bail. The conditions of their bail was that they can’t interfere with witnesses, they’re not to be seen near the houses, they’re not to take part in public gatherings and they should not touch/ demand anything from the witnesses.

On Sunday, June 2nd, friends and comrades of CLP were serenaded by the tunes of the Tananas and others, in an inspirational venue that provided rest and food for the journey. The gig kicked off with an explosive but tight set from the seriously impressive UKZN Jazz Legacy Band… Read more and see more pictures! 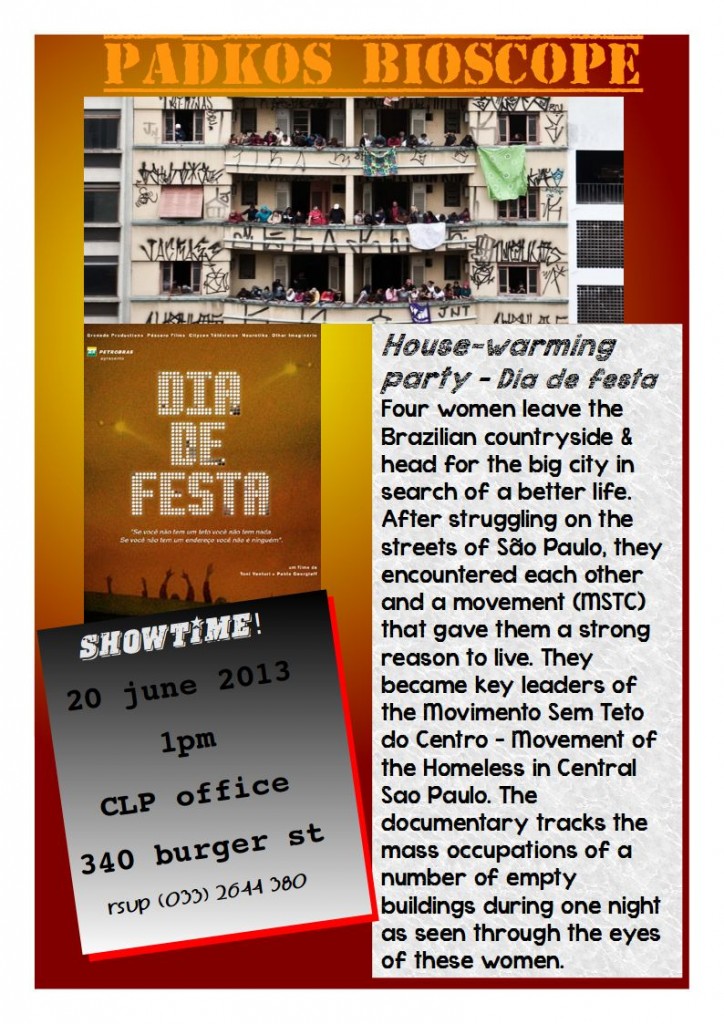