The rights of the poor are under attack on all fronts. They are excluded from meaningful participation in deciding their own future, they are evicted from their homes and land and they are confronted by a consistent bias for the rich in the workings of state institutions and the criminal justice system in particular. CLP sees people’s rights in the perspective of people’s sovereignty: The freedom of all to own their futures, respecting the dignity of others and their environments.

Previously, for example, on the mandate of the Poor People’s Alliance, CLP developed and implemented a project under the title of the Platform Against Evictions. Amongst other things, the project supported AbM’s successful Constitutional Court challenge to the KZN ‘slums act’, provided emergency support to AbM members following the 2009 assault on Kennedy Road and the informal but brutal eviction of several thousand people, and created an national archive of information on evictions. 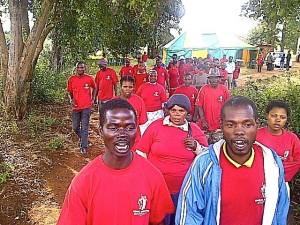