We’re heading back to Durban on the 14th November for another exciting “Beats and Boundaries” collaboration! This time we feature two more fantastic documentary movies during the afternoon, and follow that with a live gig that night with some of Durban’s finest bands. Once again, it’s all happening at The Winston Pub in Clark Road, Durban: doors open from 2pm; movies kick off at 4pm; and live bands, Deadpandoll, Roachy and the Rock Coaches, and Matt Vend and the Tender Ten, take the stage from 9pm on.

The movies: PUNK IN AFRICA: Relates the largely untold story of the anti-racist alternative rock & punk movement in South Africa, Mozambique and Zimbabwe, from the late 1970s to now. This amazing production has been shown at a number of film festivals around the world. (2012).

AFROPUNK: The documentary explores questions of race and identify within the U.S. punk scene. The film became the basis for a significant platform of ongoing activism and creativity. At the core of Afropunks’ mission are the punk principles of D.I.Y. aesthetics, radical thought, and social non-conformity. (2003)

The screenings from part of “Beats and Boundaries”, a rolling series of free films about music, society & politics showing in different venues in Maritzburg and beyond throughout 2015. This series of mini-festivals and once-off screenings is a collaborative project between: Paulo Freire Project; Centre for Adult Education; School of Education (UKZN); & Church Land Programme (CLP).

Let us know who is keen to join us – if there’s sufficient interest from Maritzburg-based people, we’ll try and sort some transport there and back. Call Phiwa at the office (033 2644 380) or email padkos@churchland.org.za 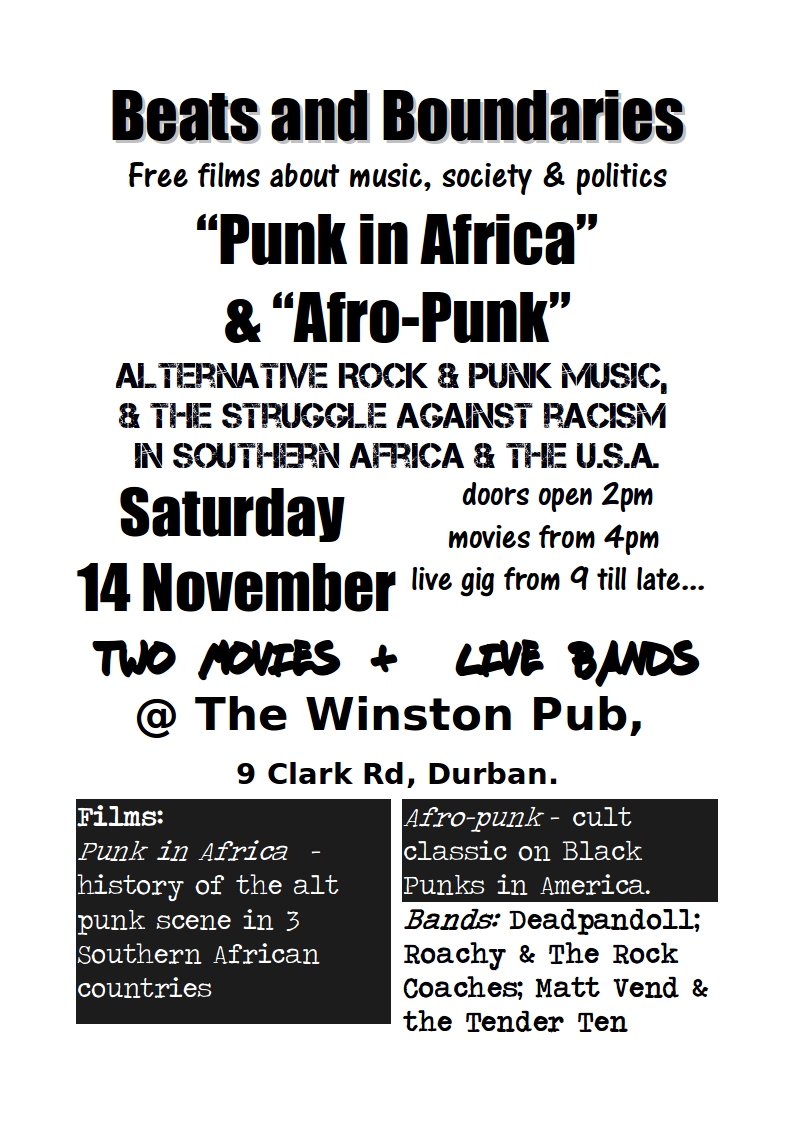