Angola’s post-war economy is booming and its capital, Luanda, is the most expensive city in the world after Tokyo. Although the country is Africa’s second-biggest oil producer, most Angolans live on less than $2 a day. Meanwhile, the country’s president and his ruling party have clung on to power for over three decades, gaining tight control of both the public and private sectors, and stifling dissent and protest.

But in 2011 – inspired by the Arab uprisings – a group of young Angolan activists took to the streets, demanding an end to decades of mismanagement and corruption. Arrested, harassed, beaten – the activists refuse to step down. This is the story of the birth of their movement. (Filmmakers: David Lale and Ana de Sousa.)

More than 1,100 people were killed and up to 600,000 forcibly displaced following the 2007 elections in Kenya. The horrendous violence was captured by award-winning photographer Boniface Mwangi and it changed his life forever.

He put aside his camera and decided to start what he called a ‘ballot revolution’. Working with visual artists and social media experts, Boniface uses a combination of in-your-face activism and grassroots education programmes to help Kenyans realise the power of their votes in changing the future of their country. He has orchestrated dozens of illegal murals highlighting political corruption and is planning his most audacious stunt. Mwangi has exhibited his hard-hitting photographs in towns and villages and is carrying out outreach programmes in an attempt to engage young people and begin the ‘healing process’ in the run-up to the next elections in 2013.

Both are from Al Jazeera’s Activate series.

Be sure you’re @ the padkos bioscope, CLP, Thursday, 19 September, at 1pm sharp! 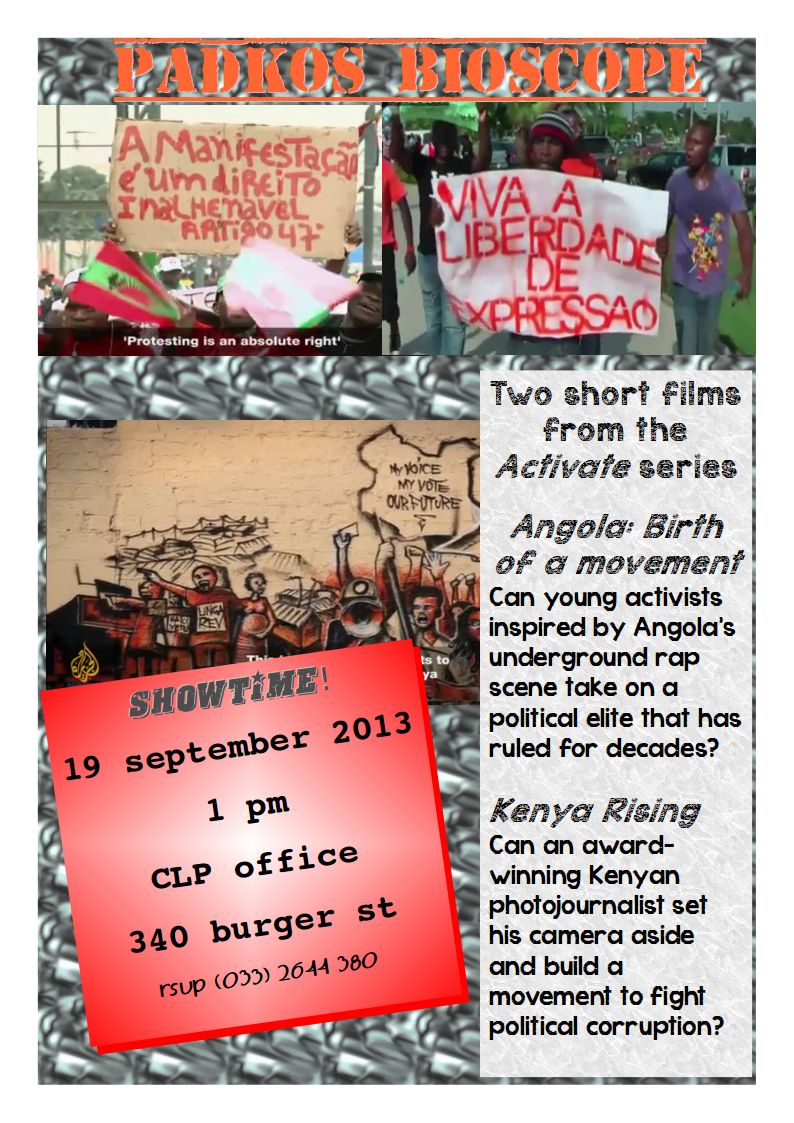 articles re Angola birth of a movement