We know some of our regulars were gutted they couldn’t make it – but thanks to everyone else for great support and discussions at the “Occupy Wall St” showing! Continuing the occupy theme, but locking it down in our own context, we’re watching “Street Dreams” next week: Thursday, 16 May 2013 at 1pm as usual at the padkos bioscope.

Produced by the Special Assignment team at the SABC, the 25-minute, 2009 documentary “Street Dreams” told key parts of the story of the militant occupation of Symphony Way in Delft, Cape Town. That area of Delft, Cape Town has been the scene of active militant occupation – and typically illegal and violent state response – at the settlement of Marikana. We have attached some outstanding reportage and analysis from Jared Sacks in 2 pieces from the Daily Maverick.

At the screening, CLP’s David Ntseng will give some background and an update. David has just returned from Cape Town where he managed to spend time with Abahlali baseMjondolo comrades involved in the occupation at Marikana. He had also spent time with the pavement occupiers of Symphony Way back in 2009. We’re also attaching Kerry Chance’s paper: “Housing and Evictions at the N2 Gateway Project in Delft”, written for Abahlali baseMjondolo in 2008. We’ll also have a few copies of the booklet that the Symphony Way comrades wrote about their struggle. 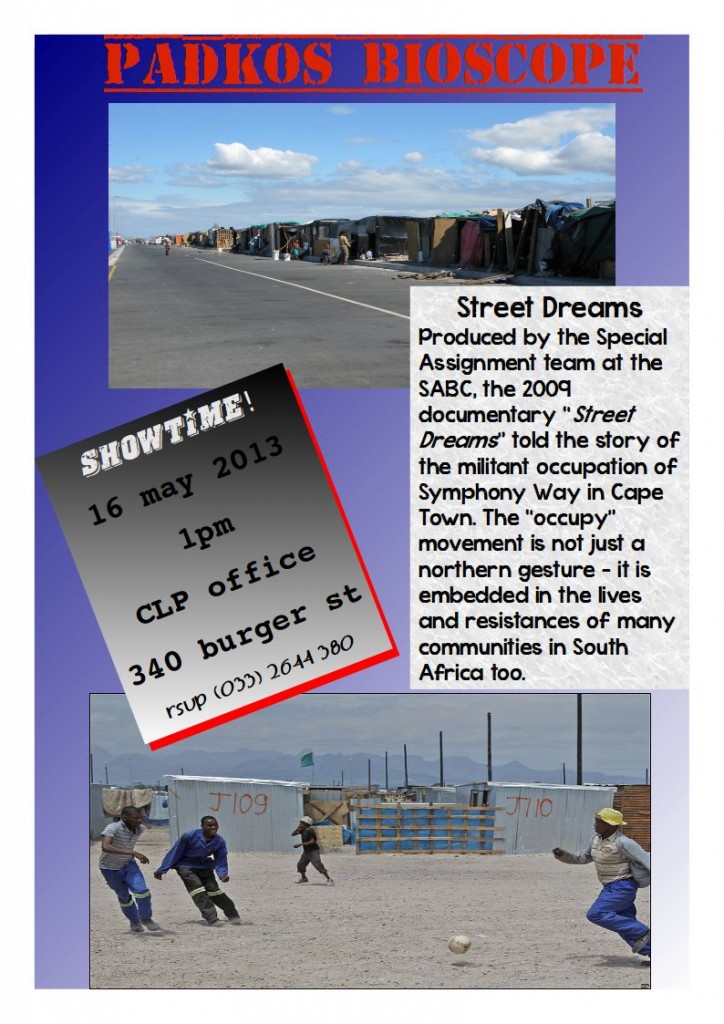